Workers working at the construction site of the Taocha canal head works, the 'tap' of the the channel transferring water from Danjiangkou reservoir to Beijing, part of the central route of the South-to-North Water Transfer project in Xichuan county of Henan Province in China on 27 June 2010. The South-to-North Water Transfer project, the largest known water diversion project, was conceived in 1952 to solve the country's chronic water shortages and involves creating three routes to channel 44.8 billion cu m of water from southern China to the northern areas. As part of the project's central route, affecting Henan and Hubei provinces, water from the Danjiangkou reservoir will be diverted to Beijing. 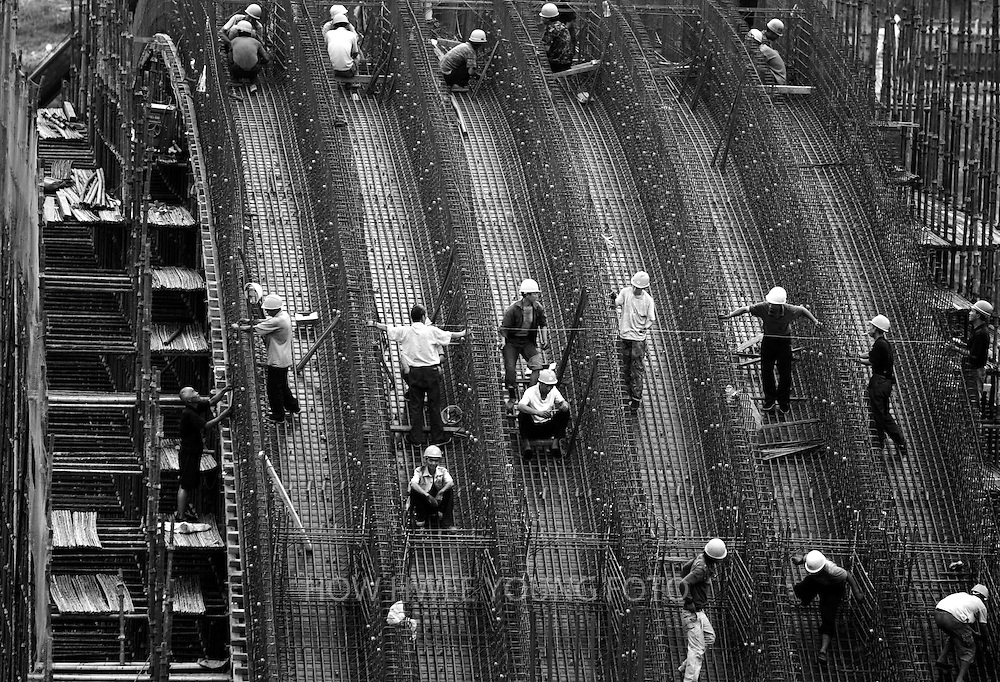