Actors dressed in Chinese Communist red army uniforms take part in a a performance of the 'The Defense of Yan'an', a re-enactment of the 1947 Chinese civil war between the communists and nationalists in Yan'an, Shaanxi Province China, 03 November 2012. Tourists are able to dress up as red army soldiers and participate in the show for an extra 50 RMB (6.23 euros) on top of the 150 RMB entrance ticket. Yan'an is a former stronghold of the Chinese Communist Party where leader Mao Zedong and his comrades battle the Kuomintang forces while sheltering in hillside caves in the mountainous region from 1936 to 1948. The Chinese communist party is slated to hold its 18th national congress on 08 November where a major leadership transition will see current leaders President Hu Jintao and Premier Wen Jiabao make way for a new generation of leaders helmed by Xi Jinping, With more than 80 million members, the Chinese Communist Party is hard pressed to display a show of unity and power after scandals the ousting of disgraced politician Bo Xilai roiled the country. 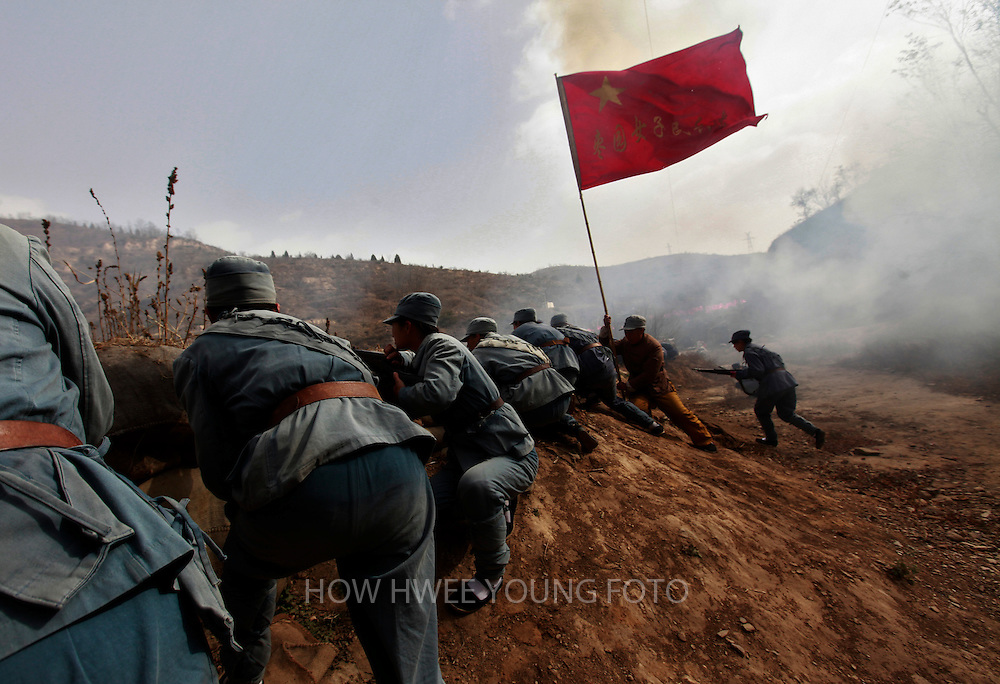